What is Sacred Geometry and where do we find it?

A simple question with a paradoxically short complex answer.

Sacred Geometry is in everything.

It is the purest expression of our multidimensional universe in geometrical form as evidence for us to see that everything follows the same patterns giving it titles as architecture of the universe or Fingerprints of God. Only through this perfect form of mathematics can our sustainable universe survive under the stress of it’s own complexity.

The subjects that Sacred Geometry include both sides of the brain. It is a representation of both the feminine and masculine sides of the universe showing the aesthetically pleasing value as much as a mathematical appeal. Sacred Geometry is used by masters in multitudes of things from Art to Architecture to Music to Math. We can see it in the formation of how atoms cluster to the spirals of our galaxy. We can find the same shapes and numbers everywhere. It can even be found in a mirror within our own bodies to the proportions of our fingers to the placement of our face.

Ancient cultures around the world based their entire civilizations around these numbers and shapes for reasons we are only beginning to relearn again as common knowledge. They were aware that every digit has specific qualities and no two held the same ‘power’. Some religions even assigned gods to each number. Evidence of this knowledge can be found in plain sight today if we know what to look for. Due to the vast power such universal mathematics, a ‘conspiracy‘ if you must call it that, has taken place to shroud these numbers as mere coincidence. We do not need to look long to discover evidence of these numbers seeding the greatest contributions the ancient world has given us. We can also see that acknowledgment of this mathematics has never stopped. Groups such as Freemasons hold these numbers very highly and revolve their beliefs around them. Men have spent lifetimes contributing to the limitless list of connections sacred geometry creates between all things.

However, simply by being aware of Sacred Geometry is a basic building block in

Awakening Your Mind in this Quantum World.

Here is a film by Walt Disney starring Donald Duck explaining some of the basic patterns found in Sacred Geometry. 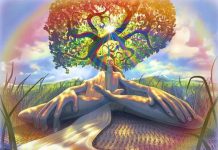 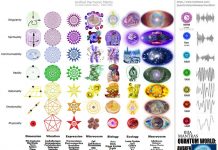 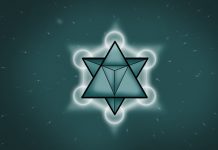 What is a Merkaba and where can we find it? 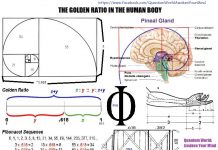 WHAT IS THE GOLDEN RATIO? 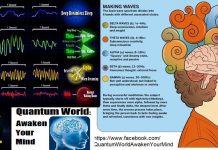