Does consciousness create the material world?  Before we answer this question, it’s important to first go into what the material world is actually composed of at a fundamental level.  “Reality” is not simply made of tiny physical pieces, like a bunch of marbles or tiny little bowling balls.  Molecules are made out of atoms, and atoms are made out of subatomic particles such as protons and electrons which are 99.99999% empty space and electrical spin. These are then made out of quarks, which then are a part of a Superstring field which consists of vibrating strings that give rise to fundamental particles based on the nature of their vibration.

We interact with a world of physical objects, but this is only due to the way our brains translate sensory data.  At the smallest and most fundamental scales of nature, the idea of “physical reality” is non-existent.  From the Nobel Prize winning father of quantum mechanics Neils Bohr, “Everything we call real is made of things that cannot be regarded as real.  In quantum mechanics hasn’t profoundly shocked you yet, you don’t understand it well enough.” When you touch your hands together, it is really just empty space touching more empty space, with the slightest ingredient of energetic spin of these minuscule particles.  The constituents of matter have absolutely no physical structure.

This is important to understand, because if we think of the world of quantum physics as being a world of bowling balls and and marbles, then the idea of consciousness creating reality doesn’t really make sense.  But understanding that reality is a cosmic concoction of non-localized energy and empty space, it becomes clear that our thoughts and the signals they register in the brain also have these same properties at their smallest level.  Our thoughts are also an activity of the universe, and all activities take place within the same quantum realm prior to manifesting in physical reality.

Consciousness is one of the hard problems in science.  There is no way to explain how something as material as chemical and physical processes can give rise to something as immaterial as experience.  There is no reason why subjective experience exists at all, or how sentience evolved.  Nature would operate just as well without subjectivity, and when we actually try to scientifically investigate the origin and physics of consciousness, we get hints that maybe consciousness and reality are not as separate as material science would have us think.

Here are some principles in quantum mechanics, taken from the book “The Self-Aware Universe” written by former professor of theoretical physics for 30 years at the University of Oregon, Dr. Amit Gozwami:

A quantum object (such as an electron) can be at more than one place at the same time. It can be measured as a wave smeared out in space, and can be located at several different points across this wave. This is called the wave property.

A quantum object ceases to exist here and simultaneously appears in existence over there without have EVER traveled the intervening space. This is known as the quantum jump.  It essentially teleports.

A manifestation of one quantum object, cause by our observations, simultaneously influences its correlated twin object, no matter how far apart they are. Fire an electron and a proton off of an atom. Whatever happens to the electron, the exact same or exact opposite will happen to the proton. This is called quantum-action-at-a-distance.  Einstein called this “spooky” action at a distance.

A quantum object cannot be said to manifest in ordinary space-time reality until we observe it as a particle.  The quantum object exists indefinitely as a non-local wave until it is being observed directly. Consciousness literally collapses the wave-function of a particle.

This last point is interesting, because it implies that without a conscious observer present to collapse this wave, it would remain physically un-manifested in a state of potentiality .  Observation not only disturbs what has to be measured, it produces the effect.  This was verified in what is known as the double-slit experiment, where the presence of a conscious observer changed the behaviour of an electron from a wave state to a particle state.  This is known as the “observer effect” and completely shakes what we assume to be true about the physical world.  Here is an easy to understand cartoon rendition of the experiment:

The findings of this experiment were published in the peer-reviewed journal Nature, in which the scientists summarized saying “The introduction of a which- path (welcher Weg) detector for determining the actual path taken by the particle inevitably involved coupling the particle to a measuring environment, which in turn results in dephasing (suppression of interference).”  That’s quite a mouthful, but it basically means that the measurement system used to detect the activity of the particle effected the behaviour of that particle. 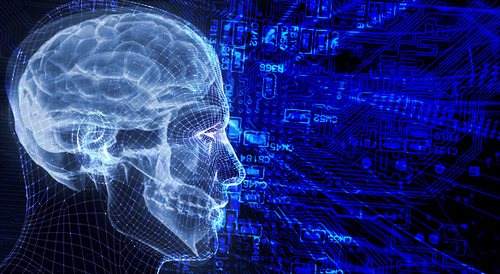 As scientist Dr. Dean Radin said in a paper replicating the double-slit experiment, “We compel the electron to assume a definite position. We ourselves produce the results of the measurement.”  Now, a common response to this is “It’s not us who is measuring the electron, it’s the machine that is doing the observation”.  A machine is simply an extension of our consciousness.  This is like saying “It’s not me who is observing the boat way across the lake, it is the binoculars”. The machine does not itself observe anything any more than a computer that interprets sound waves can “listen” to a song.

This has led some scientists to speculate that without consciousness, the universe would exist indeterminately as a sea of quantum potentiality.  In other words, physical reality cannot first exist without subjectivity.  Without consciousness, there is no physical matter.  This is known as the Participatory Anthropic Principle, and was first proposed by physicist Dr. John Wheeler.  Essentially, any possible universe that we can imagine that does not have conscious observers in it can be ruled out immediately.   Consciousness is therefore the ground of being and must have existed prior to the physical universe.  Consciousness literally creates the physical world. 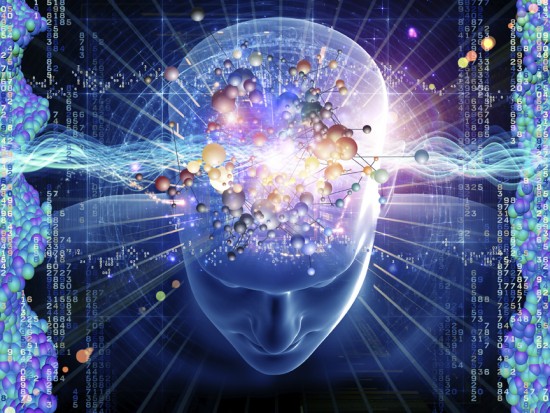 These findings provide huge implications regarding how we can understand our interconnectedness with the external world.  “We create our reality” is used to refer to the fact that our thoughts create the perspective we have of the world, but we now have a more concrete and literal understanding of this phrase.  We actually give rise to the physical universe with our subjectivity.

About the author: My name is Darius Copac, and I am the Creator of Quantum World: Awaken Your Mind.  Thanks for taking the time to read this article! 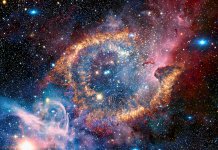 5 Mind-Blowing Facts About the Universe