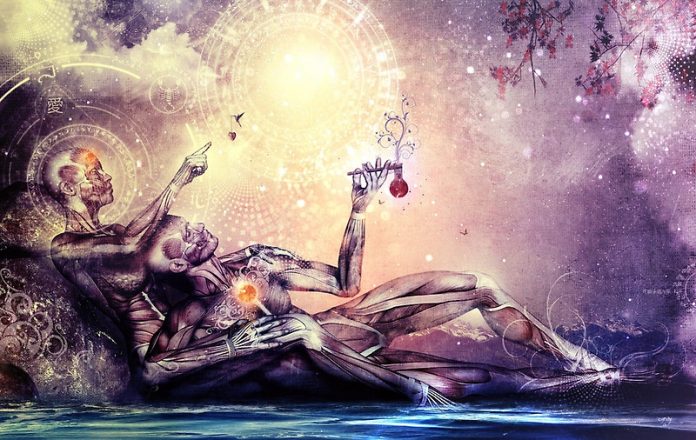 Warning: This article will not contain pick-up lines. It will not tell you what to wear. It will not tell you who to be friends with or what car to drive. It will tell you my story (as a straight male). And as a result, it will allow you to be confident in yourself in a way that the most amount of people as possible will see you being you. If you can already speak to women, then good for you, this article is not for you. This is for the quiet guy, who lives inside a shell when exposed to outer elements.

Society puts pressure on us to have sex at a young age (or with as many girls as possible), to drink massive amount so alcohol and to ‘be cool’. The problem is, these actions do nothing but act as obstacles in pursuit of networking with people who can truly enhance your existing self. Most importantly, for many, it will prevent you from meeting the man or woman who will be your life partner. Your trusted partner, no matter how exactly a long-lasting relationship will function, is best met when both people find each other with mentally healthy intentions.

There are many problems with having sex with multiple partners. First, STD’s. They are real and EVERYONE has them. I’m not trying to scare you, just looking out for you. All those sexy looking people at the bar, half of them have itchy crotches. It’s a fact of life, nothing to be ashamed of but it’s worth noting. Having sex with as many partners as possible will not improve your life. It will only result in a temporary ego boost, especially if the girls (or guys) are essentially strangers. If they are friends, someone could get hurt.

This is not to say I did not partake. I did. Having sex with multiple partners, though, did not lead me to finding the woman of my dreams. It just wasted a bunch of my time as an idealistic young man who wanted the traditional ‘true love’ scenario. The truth is, I was incredibly insecure. Insanely insecure. Absurdly insecure. So how did I get over this?

Overcoming insecurities probably won’t happen right away, if at all. The idea of approaching a girl at a book store, bar, party, park or wherever else was not a reality for me the vast majority of my single life. How did I overcome this: Dancing.

Keep in mind, I was more likely to talk to a girl and get her number (which I never did) than I would be to dance. After a multi-year relationship, which I never should have strung along, I decided to come up with a couple dance moves.

I stood in front of a mirror. I taught myself the crip walk. My white, no-dance butt decided it would be a good idea to cripwalk (aka cwalk). I started hopping around in front of a mirror, nightly, for a couple weeks. Oddly, while my technical dance skills were no good, a style all my own was developed. In fact, my friends later called it the “Herman Hop”. Before I knew it, any bar, club, party or coffee shop as I was at that was playing music…I was hopping around. And I sucked. And I did not care.

This is the absolute key to finding the woman of your dream: stop caring. When dancing around my objective was not to pick up girls. It was all about fun. It was not about great dance moves. It was about fun. It was not about people thinking I was cool. It was about getting conversations started around me. I’ve never been good about talking to strangers. But I don’t have to be when I dance. People come up to me, guys and girls alike. I was even asked to be in “dance offs” a couple times. I never won. I did not care.

There is an African proverb that said, “if you can walk you can dance, if you can talk you can sing.” This is the absolute truth. With dancing, you only need a couple basic moves to have a good time and be appealing to the opposite sex.

Embrace This Truth, Have Fun = Heaven

The Night We Met

The night I met my now current wife, I was at an outdoor bar/club type of place. They had loud music on and, as always, I had been dancing for a solid hour. I looked around me and saw someone who I found attractive. My approach was simple: once we made eye contact, I approached her and lightly grabbed her hand and danced around for a second. The hand touch was the only contact and we did not dance long. I saw her leave the dance floor, on her way out the door, and I stopped her before leaving and got her number. This might sound simple but it was something I never would have done the first 25 years of my life. As dumb as it sounds, dancing changed this fear for me. I would never have asked for her number if I thought I’d get rejected.

In sales, it’s all about numbers. The more people you approach to sell, the more likely you are to get a sale. When dancing I was seen my massive amounts of woman. Girls were seeing me more than I was seeing them. Instead of being the quiet guy in the corner staring like a creep, I was the fun guy they were staring at. Sure, 95% probably had no interest in me but there was likely 50% that were thinking about me in some manner. If you get inside a girls mind, you’ve got a chance. If they’ve been thinking about you for an hour, and they are single, they might start looking at you in a manner that says, “look back at me.”

If you are insecure, you probably find yourself settling for women who you don’t really like.  This is not to sound superficial but if you don’t really like a girl, yet date her, you are screwing things up for everyone involved. All-too-often, this is what people do. Or they will date an ex-girlfriend of a friend. Or someone they just are not compatible with for some reason. There is nothing wrong if it works out for you but the odds are, it’s not the best situation. In a business sense, you are behaving like a really bad salesman and settling for the client who won’t fill your needs.

Don’t settle for anyone. Wait until the type of girl you think you will like, invites you over with her eyes. This will eliminate risk. As a man, it’s important that you seize the day and are not left wondering if you could have done better. This might sound bad but it’s better than actually having this thought of underachieving, which from experience I can say is much worse.

Dancing Is Not Your Thing?

Ok, so maybe you just never see yourself dancing. I think that is silly so maybe sign up for dance classes. Odds are you will enjoy the exercise aspect of it, if nothing else. It is a better option than dating sites, which work out for some people but were never an option for me.

The other option is singing. The African proverb is right, so if you refuse to dance start singing. Take classes if you want. Get the courage to karaoke, which is a popular event in every American town I’ve ever been in.

Singing or dancing is a survival tactic in the dating world. Money, cheap words and stuff to flash around is a short cut but will often result in low character females. Be humble, be uncool and start having fun with friends. That energy is all that is needed.