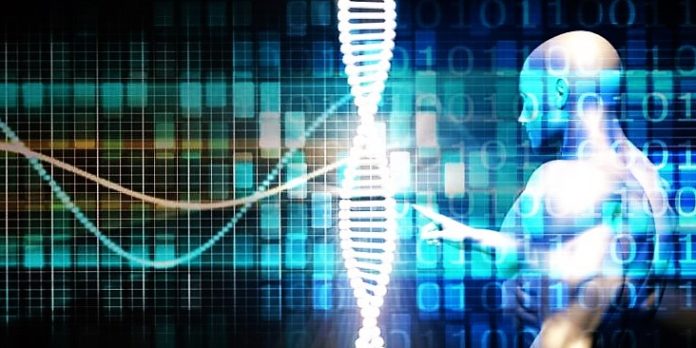 One of the most controversial but fascinating fields of research is the notion that you can inherit memories from your ancestors without having to live them.

Some psychologists theorised that we have memories from and relive our ancestors feelings, practically we are born with these imprinted in our DNA.

Genetic memory it is an intense studied field by two great authorities in research: biology and psychology, both stating that memories can wander through even 14 generations behind.

We all know that memory is the ability of the brain by which everything you see, feel and live is codified, retained and retrieved when needed ( according to https://en.wikipedia.org/wiki/Memory ).

There are 3 types of memory:

The model of these 3 types of memory, known as the Atkinson-Shiffrin model, after Richard Atkinson and Richard Shiffrin, developed in 1968, remains the most popular model for studying memories, described as the process of memory mostly used for encoding, consolidation, storage and recall methods.

Procedural or implicit memory ( to know how) is the unconscious memory of knowing how to do things and is typically obtained through repetition and practice.

Declarative or explicit memory (to know what) is the conscious memory of facts and events, it  relates to those memories that can consciously be recalled and it also contains explicitly stored information. (http://www.human-memory.net/types.html)

Biology is sustaining that genetic memory is one which is recorded to the genetic material and inherited through the cell division, meaning that it has to be cellular memory.

There is an epigenetic process that cells are using without even changing the sequence of the DNA to affect its interaction with proteins which allows it to record the memory cell and stabilize that change in the genetic material. https://en.wikipedia.org/wiki/Genetic_memory_(biology).

Cells have the same genetic material with some few exceptions and they are capable of recording historical events of their development within the organism leading to their profiled functions.

Animals can be used as models to make studies and explain an epigenetic process.

For example, epigenetics can explain the metamorphosis of a caterpillar to a butterfly or a fetus to an adult and it can also show us multiple ways to reprogram the genetic code.

While biology proves chemically that indeed, in proper conditions, we are sharing memories with our ancestor, psychology also agrees strongly by making real, interesting connections about how we evolved.

And stay calm, it’s very unlikely that you can actually visualize your great-great grandfather wedding day or feel his dental pain because there is no scientific theory or evidence that can proof that we can inherit specific memories from our root.

One of the most known psychiatrist and psychoanalyst Carl Jung used the term collective consciousness to establish his even wider notion of inherited characteristics, intuitions and collective intelligence of the past.

In “ The Significance of Constitution and Heredity in Psychology” ( november 1929), Jung wrote:

“ And the essential thing, psychologically, is that in dreams, fantasies, and other exceptional states of mind the most far-fetched mythological motifs and symbols can appear autochthonously at any time, often, apparently, as the result of particular influences, traditions, and excitations working on the individual, but more often without any sign of them.

These “primordial images” or “archetypes,” as I have called them, belong to the basic stock of the unconscious psyche and cannot be explained as personal acquisitions. Together they make up that psychic stratum which has been called the collective unconscious.

The existence of the collective unconscious means that individual consciousness is anything but a tabula rasa and is not immune to predetermining influences. On the contrary, it is in the highest degree influenced by inherited presuppositions, quite apart from the unavoidable influences exerted upon it by the environment.

The collective unconscious comprises in itself the psychic life of our ancestors right back to the earliest beginnings. It is the matrix of all conscious psychic occurrences, and hence it exerts an influence that compromises the freedom of consciousness in the highest degree, since it is continually striving to lead all conscious processes back into the old paths.”

Then he delivered this lecture to the Abernethian Society in London and said :

“My thesis then, is as follows: in addition to our immediate consciousness, which is of a thoroughly personal nature and which we believe to be the only empirical psyche (even if we tack on the personal unconscious as an appendix), there exists a second psychic system of a collective, universal, and impersonal nature which is identical in all individuals.

This collective unconscious does not develop individually but is inherited. It consists of pre-existent forms, the archetypes, which can only become conscious secondarily and which give definite form to certain psychic contents.”

In 1940,  A. A. Brill was the first psychoanalyst to practice in the U.S.A and the first translator of Freud into english. He quoted dr. William Carpenter who wrote the following by comparing the calculating powers of Zerah Colburn in math with the mystery of musical compositions of Mozart:

“In each of the foregoing cases, then, we have a peculiar example of the possession of an extraordinary congenital aptitude for certain mental activity, which showed itself at so early a period as to exclude the notion that it could have been acquired by the experience of the individual.

To such congenital gifts we give the name of intuitions: it can scarcely be questioned that like the instincts of the lower animals, they are the expressions of constitutional tendencies embodied in the organism of the individuals who manifest them.” (https://blogs.scientificamerican.com/guest-blog/genetic-memory-how-we-know-things-we-never-learned/ )

Most of us think that we are born with a complex piece of organic machinery hardware (the brain) forward to a massive but blank hard drive (memory) and that what we are actually is a pile of our continuous learning and life experiences, which are one by one added to memory.

But as we know, there are those marvel savants or accidental geniuses, who tend to reach to information which they never learned or experienced in their actual life, still make it appear to be very easy, like they were already born programmed to know, and that my friends, is genetic memory.

The animal kingdom, with its most complex inherited capacities are the best example we can use.

Actually the first research was made on flatworms around the year 1950 by James McConnell who took advantage of the flatworms inherited capability to regenerate.

Therefore, dr McConnell would first train a flatworm to avoid a flash light by shocking it after the flash and immediately turn around, then he would either cut off the worms heads in which case the worms regenerate and remember the training or feed them to other worms and the next worm would seem to remember the training. (https://neuwritesd.org/2018/05/31/the-rise-and-fall-and-rise-of-genetic-memory/).

Other animals that were discovered that attend to ancient memories are Monarch butterflies who are making a 2,500 miles journey every year from Canada to Mexico where they winter and then return in the summer back to Canada.

Then just ask yourself how can the new generation of butterflies migrate?

Well, they are passing the informations about the route through genetic memory.

Like Monarch butterflies in the kingdom of animals are present with the same capacity birds, mice, elephants even dogs and many more. (https://blogs.scientificamerican.com/guest-blog/genetic-memory-how-we-know-things-we-never-learned/)

In human genetics researchers are speculating that neuropsychiatric disorders like traumas, phobias, depressions etc can also pass through generations by genetic memory.

Neuroscientific research were made on mice and studies are suggesting that some experiences can influence further generations.

The exploration consist in training mice to fear a specific smell, the fear passing to their descendants on their trained indisposition, making the after generations being intensely sensitive and fearful of the same smell, even though they had never confront with the smell.

There were also found changes in the brain structure, this driving the researchers to the conclusion that experiences of fear disorders to parents even before conceiving, influencing  both structure and functions of the nervous system to future generations.

All these research until so far and this field of study still have abundance of information, with a lot of researchers digging continuously.

We will always wonder, how can we open this magic box of memories and answers?

What impact can it have on us?

Let me know your thoughts.