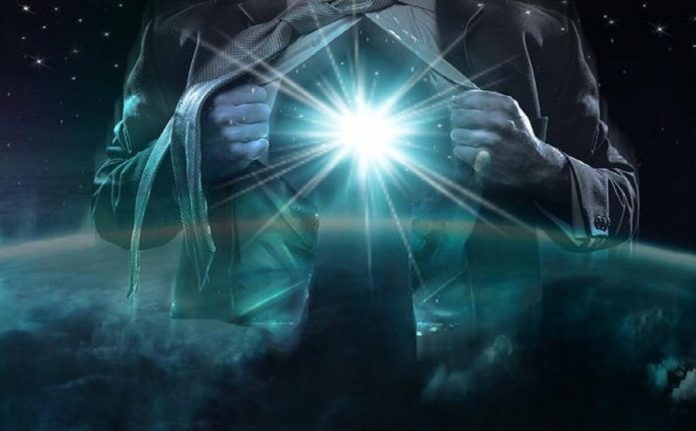 Spirituality is a much used and much misunderstood term. Unfortunately it seems to instantly cause eye-rolling and alienates a large proportion of the population by its’ mere utterance. Personally I’d like to see the term used less, but if we are going to continue with it perhaps a bit of clarification is in order. So here’s 5 things you ought to know about ‘Spirituality’.

1. Spirituality refers to human perception that is beyond the 5 senses and physicality
In the west tend to think of spirits either as ghosts, or more likely in the UK at least, as ‘delicious’ alcoholic beverages. So when someone talks of spirituality we tend to think them either mad or drunk! But we’re not always nutters or alchies, and whilst there are certain things in the spiritual sphere that are quite rightly viewed with a degree of scepticism, one’s spiritual nature is primarily a question of perceptivity.
Currently, we use our five senses to help us perceive the world around us. These senses are fundamentally flawed but we trust them implicitly. And yet, our eyes don’t ‘see’ and our ears don’t ‘hear’ – they just receptors and the brain makes ‘sense’ of the incoming information in the best interests of our survival. What reality is, therefore, is highly debatable and merely a matter of perception.

2. Spirituality has very little to do with religion
People have long confused religion and religious practices with spirituality. Just because one is religious, does not make one spiritual. Whilst religions do claim to guide their adherents on a spiritual path, one can be deeply religious without being remotely spiritual.
Religion is a social, societal construct and whilst I’ll save my Marxist views on organised religion for another post, I would argue that the major role of religion is social cohesion not spiritual welfare. I am NOT saying that anyone who practices religion has no spiritual side- we all do, but the spiritual is that which exists outside the perception of the five senses and indeed physicality in general – and religions (including beliefs) are still firmly rooted in the corporeal existence.
Religions are educational institutions promoting adherence to certain moral norms. Spirituality is not concerned with morality, morality is a human construct. Religion’s best use in a spiritual sense is a philosophical one, enabling us to recognise that there is more to us than body and mind. Religion has all but lost the esoteric knowledge it once had, and has been marginalised in its educative role by the dominance of Science. However…

3. Science has now endorsed aspects of ‘Spirituality’
It is a shame that our ‘rational’ scientific mindset rarely wishes to even search for things beyond the physical, other than academic theoretical scientists in the mould of Big Bang Theory’s Sheldon Cooper. Science, like everything else in our world, is economically driven. Funding is given only to things with profitable applications or the promise of future profit, and profit can only do things in this physical realm- so research on detecting ‘spiritual forces’ is always likely to suffer.
Quantum physics and the scarcely comprehensible string theory and quantum mechanics are now proving/have proved that all existence is one energy. At a sub-atomic level particles behave very differently to the physical laws we’re accustomed to. Put simply, which will have to do as I am quite simple, all things can be, and are, everywhere in the universe at the same time – until some level of awareness pays attention to them, at which point they become fixed. This was the subject of the infamous Schrodinger’s Cat Experiment.
Whilst sub-atomic particles still fall within the realms of physicality, the incomprehensible forces and energies that govern them do not necessarily, and we cannot experience the sub-atomic using our limited senses – in fact we can’t even understand it abstractly using our thoughts – as Richard Feynman succinctly put it in 1967: ‘Nobody understands Quantum Theory.’
This could apply equally to spirituality, as even sages, yogis and buddhas say that enlightenment is not something you can get, but something that you are…cryptic buggers.
4. Spirituality is used as an umbrella term for many things
Spirituality – Relating to or affecting the human spirit or soul as opposed to material or physical things .
Modern spirituality is centered on the “deepest values and meanings by which people live.” It embraces the idea of an ultimate or an alleged immaterial reality. It envisions an inner path enabling a person to discover the essence of his/her being.
These are the definitions provided by the ever reliable(!) Wikipedia and Oxford Dictionary respectively, but having attended my first ever Mind, Body and Spirit Festival- there really is no end to the number of things that get labelled as ‘spiritual’.

I still remain cynical about a good deal of things I saw at that festival, but that doesn’t mean that there isn’t something spiritual going on for the people who adhere to it. With no means of objectively measuring someone’s ‘spiritualness’- who are we to say? That means that both religious followers and scientists can be highly spiritual people, though I think if you look at the pursuits and actions of both those parties- they are in the minority.

5. It’s not just for hippies
Whilst I wouldn’t describe myself as a hippie, I know some would, particularly if they catch me doing yoga in my Aladdin pants. But I wouldn’t describe myself as spiritual either. I definitely have an interest in it, but I like 95 per cent of the population, am still deeply ingrained in the physical world. I have attachments, compulsions, ideas and philosophies. I have ambitions and wants and needs. I’m not exactly sure what they are anymore, but despite having faith that I have found a few paths that could lead me to experiencing a deeper dimension I haven’t embraced them, because abandoning normal human existence in search of the spiritual could ultimately be a waste of life.
But ask any serious meditator and they will tell you there is something to nurturing that inner sense of awareness, of consciousness and that it brings about huge benefits within our human existence, and the fact that meditation, mindfulness and ‘yoga’ has entered the mainstream consciousness proves that its not just for hippies.

I spent my younger years as a vehement atheist resentful of religion for ‘duping’ people and cynical of the supernatural and anything that science couldn’t explain. I now realise that what I do not know, I do not know; and without experiencing something we cannot write off the possibility. But now I’m into ‘spiritual’ stuff I realise that I don’t ‘know’ any of my rants and musings to be true either. I haven’t experienced it, it’s all just a philosophical exercise.
But through certain yogic practices, and cultivating that inner perception it may just be possible to make spirituality a reality.