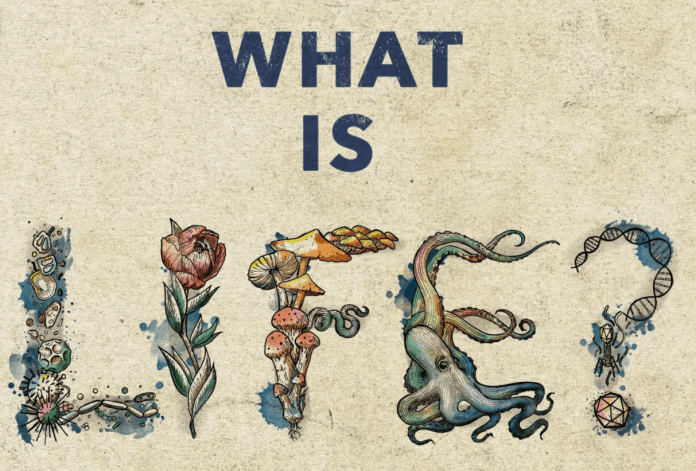 Life is fundamentally different from dead stuff, right? Or is it?

What does this mean?

Well, let’s give an example: If your download folder is the universe. Firstly, it started nice and orderly with not many files in it. But it got more and more chaotic over time.

If you invest the energy, you can make an order in it. That’s what living things do.

But what is life?

What is a cell?

In its essence, a cell is a protein-based robot too small to feel anything or experience anything.

It only has the proprieties that WE assign to live.

A cell regulates itself and maintains a constant state. It also eats stuff to stay alive and it’s subject to evolution itself, it also replicates.

Even though a cell does all of this; it doesn’t mean it’s alive. Everything a cell does it’s mechanical.

Stuff reacting chemically with other stuff and so forming reactions.

But no part of it is alive, everything is dead matter moved by the laws of the universe.

Eventually, everything dies, every living thing will die.

But the goal of this whole process is to prevent this by reproducing our self. Here DNA comes in.

Life is is some ways just a lot of stuff that carries genetic information around.

All living things are subject to evolution. And the best DNA always stays in the game.

Does that mean DNA is Life?

DNA itself is only a complex molecule that can’t do anything by itself. DNA is only part of life. Many other things are part of life such as viruses and bacteria.

Maybe life is just information that manages to ensure its continued existence by continuously passing it on.

So what is Life then?

But the idea that life is different from nonliving things because they contain different elements or are governed by different principles turns out to be wrong.

Does it mean we can never die? Because we were never alive in the first place?

Are Life and Death an irrelevant question?

Is it possible that we are much more part of the universe around us than we essentially thought we were?

We only have questions; we don’t have the answers yet.

Also, Answers to those questions are subjective.

But we love to think about them.

Thinking about questions like this make us feel alive.