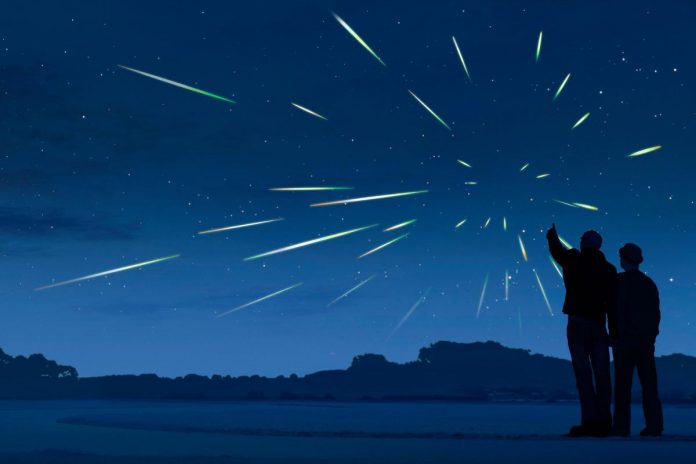 For every meteor lover out there, it has been a long time without a sky show, precisely 16 weeks.

Here comes the good news, there is finally an opening tonight, as the Lyrids Meteor Shower peaks, at around 22 pm, in the Northern Emisphere.

The meteors are called “Lyrids” because their paths, if extended backward, appear to diverge from a spot in the sky about 9 degrees to the lower right of the brilliant bluish-white star Vega, in the constellation Lyra, the lyre.

To give you a good idea of how far that is, your clenched fist held at arm’s length measures 10 degrees. Within a day on either side of the maximum, about five to 10 Lyrids can usually be seen each hour by a single observer under good skies. At the peak, which comes early Sunday morning, the Lyrid rate will be roughly 10 to 20 per hour. [Lyrid Meteor Shower 2018: When, Where & How to See It] (1)

The Lyrids are not as spectacular as the Geminids or even Perseids, yet the Lyrids are brilliant and move around fast, so the eye spectacle is guaranteed.

Observed for more than 2500 years and considered the “Rain Meteor Shower” watchers always witnessed spectacular displays, as the prime 678 BC records show.

April is not the best month for many star gazers and can be quite cold on some part of the Earth, a show of lights is guaranteed, so don’t forget your blanket and if you capture it, remember to send us your pics.