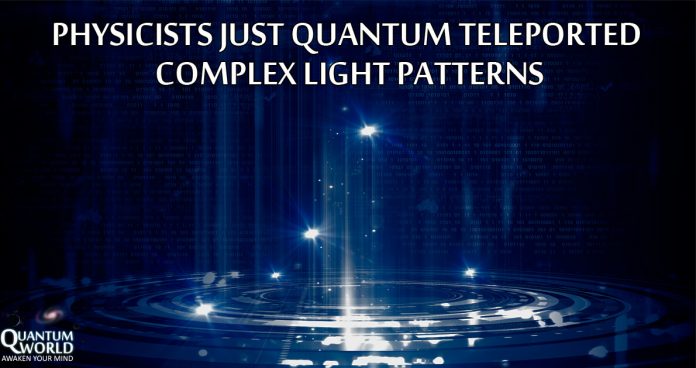 2557
SHARES
ShareTweet
A team of Scottish and South African researchers have provided the world’s first experimental demonstration of something called entanglement swapping, which allowed them to transmit the orbital angular momentum (OAM) of photons of light further than before.

The tl;dr version of this is pretty straight forward. Quantum information can now be relayed through a series of photons, reducing the risk of losing data and allowing them to make better use of light’s spatial patterns to carry more data.

If you want details, buckle-up and put on your fancy quantum pants.

For the better part of a century we’ve accepted – more or less – that we can only describe a particle’s properties in the context of a system that measures it. If a particle doesn’t bump into stuff that lets us give those properties a number, it continues to exist in a blurry state of infinite probabilities.

Einstein thought something was missing in this theory, rubbishing the whole thing as “spooky” on numerous occasions, but here we are nearly a century on and it’s still something we can’t quite wrap our heads around.

Nonetheless, we can use this weird process of entanglement to make super-complex codes that can’t be intercepted, providing for extremely powerful security.

Picture two sequences of entangled ‘maybes’ (which are called qubits) being transmitted to two separate points.

Each receiver can tell if their own message had been interfered with by deciphering the properties of their transmission and checking with the other person if it corresponds.

If they fail to match up, somebody swapped their photons for duds.

But there’s one problem with all of this – transmitting a sequence of qubits over a distance puts them at risk of getting lost.

Quantum communication has been big news recently with recent reports of entangled photons being sent down from space using a split laser beam, covering a distance of 1,200 kilometres (about 750 miles).

That was a pretty extreme feat, but is still an absurdly short distance when we’re looking at global networks. The transmission also required a direct line of sight.

This new method is basically an amplifier that can be set up at regular intervals, allowing entangled particles to pass on their quantum states.

The key is that entanglement swapping phenomenon.

Imagine two pairs of entangled photons – A1 and A2, and B1 and B2. Measuring one from each pair together, such as A1 and B1, entangles those in the same system in what’s called a Bell-state measurement.

What this means is A2 and B2 are, by virtue of their previous partners, now also entangled – even though they’ve never shaken hands before.

This is the swapping part of the entanglement, and can form the basis of a repeater that allows short-distance quantum messages to be copied for another journey without being considered as eavesdroppers.

As it is, the quantum states are usually binary, making it little better than a Morse code of dots and dashes.

That’s not the end of the world, but if we’ve learned anything from a history of information technology it’s that there’s no such thing as too much bandwidth.

That’s where orbital angular momentum comes in. Think of it as a kind of twisting of a photon, not unlike polarisation.

Rather than building messages out of binary ones and zeroes, or dots and dashes, the OAM can be used to carry more information per particle.

This isn’t new in itself; but previously, sending information encoded as this kind of spatial mode required a large number of photons to cover the distance.

Entanglement swapping means those photons can be sent in repeats of short distances. What’s more, potentially other kinds of spatial modes could be used to carry information, opening the way to a virtually infinite number of channels.

Quantum mechanics might be weird enough to leave Einstein with a headache, but better get used to it. The future just keeps getting spookier.

This research was published in Nature Communications. 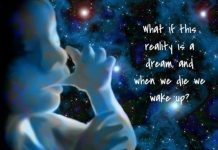 Why life is an illusion? A scientific explanation…