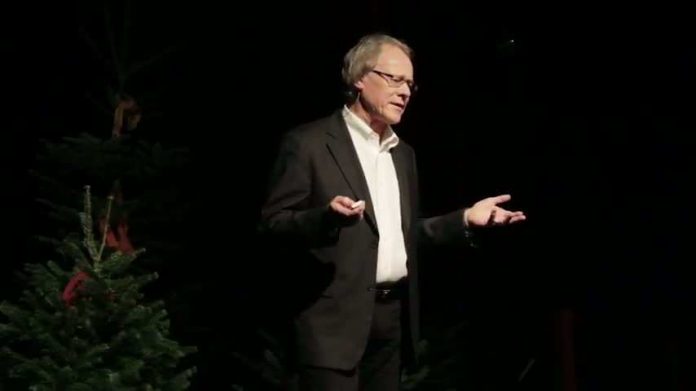 In January of 2013, British author and researcher Graham Hancock presented to a TEDx audience a summary (titled “The War on Consciousness”) of his various investigative work into the historical origins of human consciousness, with key insights addressed along with his own personal experiences. Hancock makes a contrast between the traditional cultural values and practices centered around visionary states of consciousness with the values and practices of the modern industrial world.

The TEDx event was titled “Visions for Transition: Challenging existing paradigms and redefining values (for a more beautiful world)”.  The event was intended to be paradigm-busting, but apparently Hancock wasn’t conservative enough in his message, because his TED talk got banned and removed from their website and their Youtube channel.

Hancock gave an impassioned description of shamanic spirituality as an effective healing discipline offering to reconnect the disenchanted with the experiential world of “spirit”. Our modern industrial establishments have denied, ignored, and demonized such states of consciousness as meaningless, aberrant, or otherwise pathological alterations of normal brain functioning.

This treatment by Western establishments, Hancock mentions, is related to the value it places in what he calls the “alert problem-solving state of consciousness”, one that’s good for “the more mundane aspects of science, the prosecution of warfare, commerce, politics”. However, as Hancock mentions, the over-investment in such a state has failed us, given the inequality, destruction, and pollution that has resulted. Here is the video:

In a podcast Hancock did with Joe Rogan after the was banned from TED, he mentioned that TED accused his talk of being “pseudoscientific” because he claimed that DMT allowed you to come into contact with ancient cultures, even though Graham claimed nothing of the sort.  Graham concludes that he believes that the scientific community has a stigma towards altered states of consciousness, especially when these altered states threaten the materialistic worldview and consumerist philosophy, and that they dismissed the video before even watching it.

Yet even during the presentation, Hancock doesn’t go overboard in making assumptions about the true nature of consciousness and the entities people seem to often encounter during ayahuasca and other psychedelic experiences, clearly stating: “I am making no claim one way or another as to the reality status of these entities we encounter” and “it could be that the brain generates consciousness the way a generator makes electricity – if you hold to that paradigm, then of course you can’t believe in life after death, when the generator is broken, consciousness is gone.”

Two outspoken atheist professors of biology were apparently amongst those who complained. Later the video, along with Rupert Sheldrake’s (also removed), was posted to the blog section of the TED website after a certain amount of criticism was received for the apparent censorship move by TED. All of the claims made against Hancock by TED, a combination of factually incorrect and biased perspectives, were addressed and dismissed by Hancock in a reply he sent to them.

“Inability to accept the mystic experience is more than an intellectual handicap. Lack of awareness of the basic unity of organism and environment is a serious and dangerous hallucination. For in a civilization equipped with immense technological power, the sense of alienation between man and nature leads to the use of technology in a hostile spirit—to the “conquest” of nature instead of intelligent co-operation with nature.” – Alan Watts 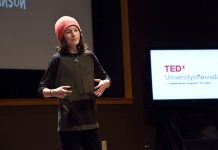 This Is What Happens When A Kid Leaves Traditional Education