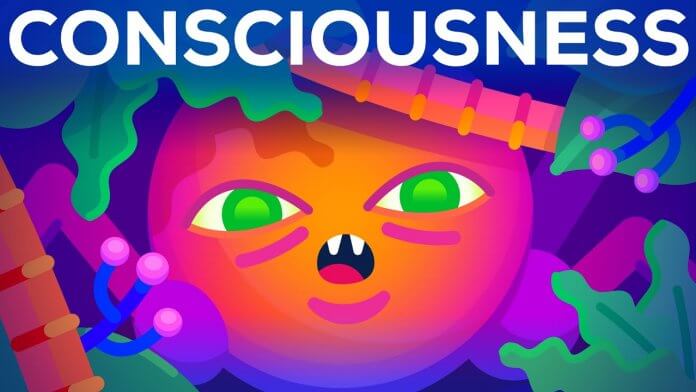 Consciousness is one of the biggest riddles in nature.

Consciousness to its core is what allows us to be aware of our surroundings and our own inner state.

We all understand what consciousness is. Consciousness is happening right now and we’re aware of it, it’s me writing this article, the experience of it.

It’s you reading it, the feeling, the experience of life happening right in this very moment, every moment.

Different schools, universities compete with one another, but no one so far figured it out. It’s really unsettling that we don’t understand what exactly is that makes us aware of ourselves and our surroundings.

Consciousness itself has evolved from less complex forms as a product of evolution by natural selection over millions and millions of years.

What is a living thing? A living thing is a part of the universe that sustains itself and it makes more of its kind.

To do so it needs energy, and here comes the awareness of it.

But on a smaller scale of life, not everything needs to be aware to find food. Take for example the Trichoplax adhaerens (photo)

This is one of the simplest of all animals. It moves around randomly, but it slows down when there’s food close by and it speeds up when there’s not.

This small animal never moves in any particular way, so therefore it does not need to be conscious of its own environment.

The first major step towards consciousness was first when mobile cells started to move towards food and be conscious about their environment, they also learn to move away from predators.

But animals that blindly follow their senses without any visions of where food is, they lack any sense of where they are or heading to.

So they are conscious but on a lower level.

But Thanks to vision and memory, animals are much smarter than the Trichoplax adhaerens and their consciousness is on another level.

Take a fly, for example, you can scare it away only for a few seconds until it comes back on you.

The capacity to remember things in their absence suggests that there’s at least a basic sense of time.

A sense of time is a huge step on the ladder of consciousness.

It may enable oneself to look forward to a moment and anticipate the future.

Take for example an adult chicken, they are able to resist a meal put in front of them if they expect to receive a bigger meal if they are holding back from the first meal. That means that if they know that, they predict the future.

This is called delayed gratification on the level of consciousness.

Let’s take a ladder of consciousness a step further. First humans and their language took it to a whole new level.

Words enable us to construct hypotheses about the world, make detailed plans and communicate with others.

Words enable us to think about our self and our place in this universe. Even about our own consciousness while writing an article.

So what is the origin of our consciousness?

So even with all the sophisticated consciousness that allows us to literally build skyscrapers or observe the deep vast universe, it’s not a wonder that we cannot stop thinking about where are we going to get our next meal.

After all of this, we have reached a level that we can now just get our food to come to us, delivered with little conscious effort.