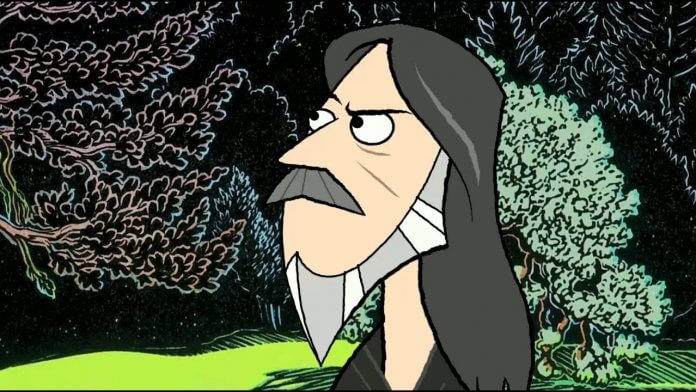 I remember one time when I was on a mountain trip, and one of those glorious thistledown things came and I picked one up from the air.

I brought it down, was looking at it closely. Some people say that if you can catch one, you’ll have good luck, but as I was looking at this, it looked like it was struggling to get away, to escape.

It looked like I caught an insect by one leg, and it was struggling to run from me, but first I thought “it can’t be doing that, it’s just the wind blowing”.

But then I thought again, “Could it be only the wind blowing, really?” or is it surely the structure of this little thing, which in cooperation with the existence of wind enables it to move like an animal but using the wind’s effort, not it’s own.

This looks like it’s an even more intelligent being than an insect in a way because an insect uses effort, effort to move. Like a person who rows a boat uses effort, but a man who puts up a sail is using magic.

He lets nature to do it for it, with the intelligence to use a sail, this seems like it’s that kind of intelligence, that without your using very much effort at all gets everything to cooperate with you.

Now that is the most skillful art of all, that is “Daoism in Perfection”.

You for example, never force other people to agree with you but give them the nation that the idea you wanted them to have is their own idea.

This is a feminine art.

But if she makes a void and is slightly difficult to guess, then men get excited, they feel like it’s a highly-priced object and so they pursue her, she doesn’t have to pursue them.

Another similar example is when you want to teach a baby to swim, the best thing you can do is put the baby in the water and then move backward in the water and create a vacuum and this will pull the baby along, it helps it to learn and it makes it very easy the feel of the water and how to swim.

The same principles apply, in just the same way, for example, you don’t have to attend unless you’re sick to the government of your own body, It Happens Automatically

In summery the greatest skill is to find something or make something to do all the work for you, fly with the wind, use nature, use your imagination, work smart.