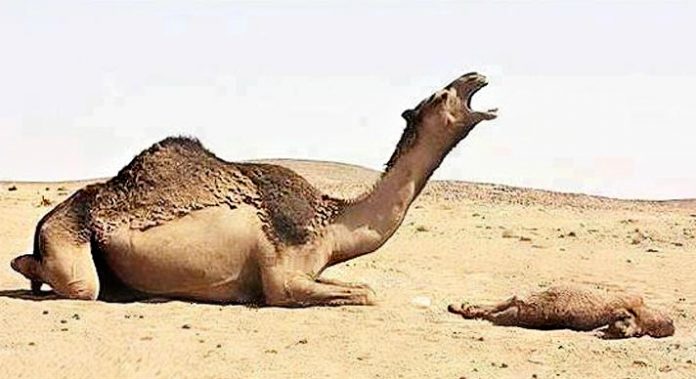 All animals have a range of emotions that have proven to be more complex than many humans could have imagined. The question is not if they have emotions but why exactly they have evolved like they have. Emotions are passed down from ancestors and as such, they help enable the survival of a particular species. This applies to other animals just like it applies to humans. Yes, humans have complex emotions, just like pigs, dolphins, elephants and the rest of our animal friends.

When analyzing grief, Psychology Today has this to say:

“Grief itself is something of a mystery, for there doesn’t seem to be any obvious adaptive value to it in an evolutionary sense. It does not appear to increase an individual’s reproductive success. Whatever its value is, grief is the price of commitment, that wellspring of both happiness and sorrow.”

When it comes to mourning, words hardly do justice in respecting the emotions of animals. That is when pictures and video’s prove to be much more powerful. With that said, here are some animals who have mourned family and friends in a way humans can relate to.

It is not a surprise that dolphins mourn when one of their own die. Researchers say that dolphins have a hard time accepting death, and will often stay with a deceased infant or pod member for days.

Dolphins are already known as highly intelligent animals. Researchers have documented dolphins using language, tools, teamwork and exhibiting a social culture. This sad display is just further evidence for experts that dolphins are smarter and deeper animals than we may have expected.

This is no surprise, as chimps are the closest relative to humans but heartbreaking still. 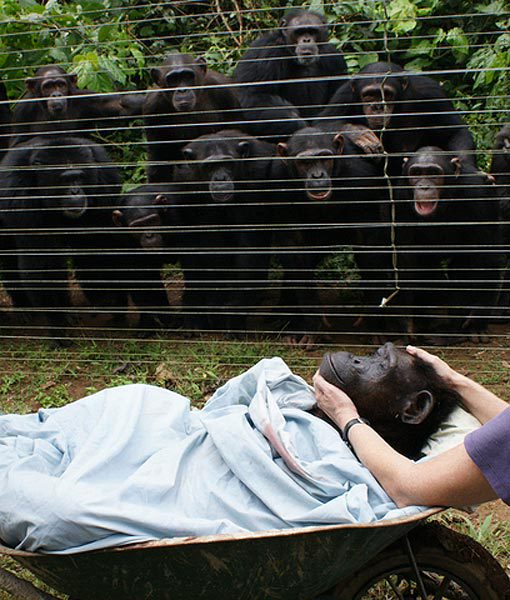 The story of this particular chimp was best told to ABC by the photographer who captured the moment, Monica Szcupider:

“Her presence, and loss, was palpable, and resonated throughout the group. The management at Sanaga-Yong opted to let Dorothy’s chimpanzee family witness her burial, so that perhaps they would understand, in their own capacity, that Dorothy would not return. Some chimps displayed aggression while others barked in frustration, but perhaps the most stunning reaction was a recurring, almost tangible silence. If one knows chimpanzees, then one knows that [they] are not [usually] silent creatures.”

All apes essentially mourn the loss of loved ones.

Nothing more needs to be said…

Dog at funeral of owner (aka best friend): 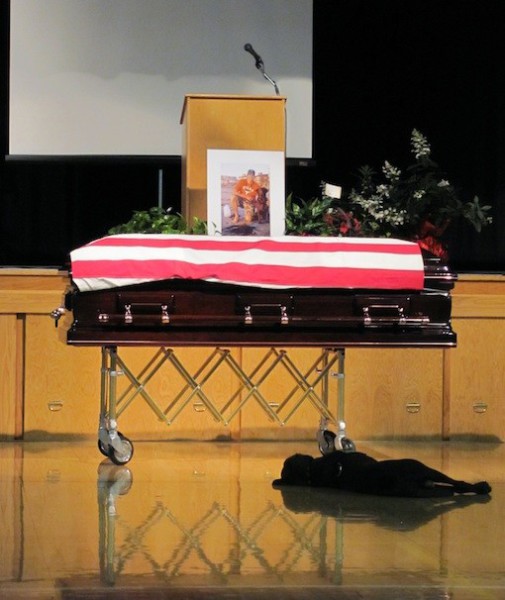 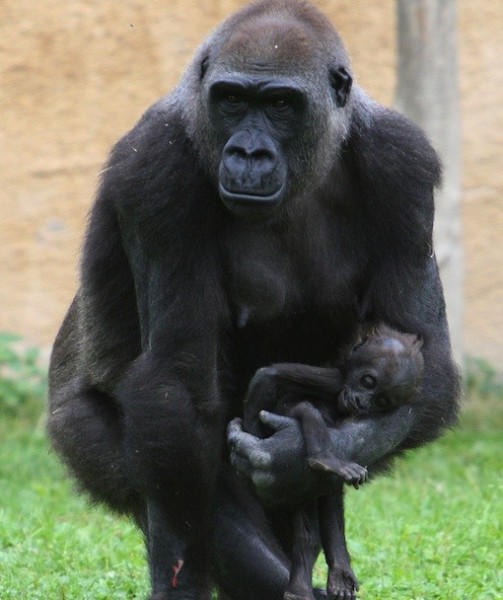 Gorillas have been recorded exhibiting sadness and concern for their dead, sometimes even burying the bodies. One heartbreaking example is Gana, who could not accept the death of her child. Gana carried the infant’s body with her around a German zoo for days, trying to restore life to it multiple times, and protecting it from zookeepers.

Here a Gorilla mourns her friend, a cat. It really is unbelievable (even though it should not be).

Mourning the death of a baby calf:

Elephants are known to shed tears, bury their dead, go into depression and starve themselves in reaction to a loss.

This Goose mourns the loss of a loved one:

Geese are fiercely loyal, committing to one mate. Once that mate dies, they grieve tremendously. Some will even separate from the flock. Eventually many will find another partner but like humans, it’s not an easy process.

Cats are known as loaners but they’ve been documented grieving at the loss of owners, friends at a zoo and in the wild. 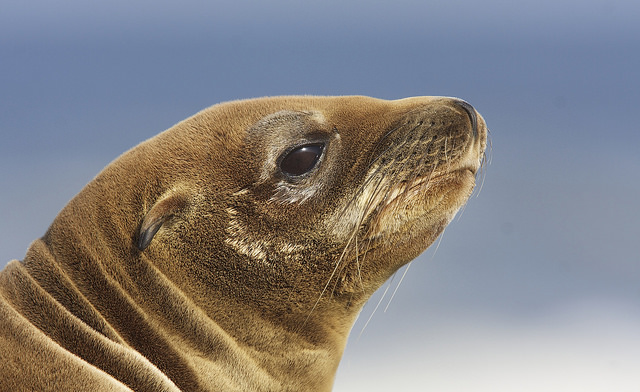 In 2010 in the Soysambu Conservancy in Kenya, a female giraffe was seen spending four days beside the body of her one-month-old calf. Seventeen other female giraffes also surrounded the body over the four days.

In 2011, a female giraffe in Zambia was seen spending two hours beside a calf who was apparently a stillborn. She splayed her legs to bend down — something giraffes rarely do, except to eat or drink — and licked the calf for several hours. This behavior was repeated for the entire two hours and was all the more notable as giraffes rarely spend time alone.

Also in 2011, a herd of giraffes in Namibia was seen investigating the corpse of a young female giraffe who had died three weeks before. Some of the male giraffes splayed their legs and sniffed the ground.

A polar bear was grieving the loss of a companion, as reported by CNN:

“On the day she died, Wang was doing unusual things,” said Agnes Maluleke, the carnivore curator for the Johannesburg Zoo.

Instead of gobbling up food used to lure him into his night room, Wang walked around his companion’s body, stared and kept watch the whole night, according to Maluleke. Wang (left) and GeeBee had spent their days together since they were cubs. GeeBee died of a heart attack.

“He had to be immobilized to retrieve GeeBee’s body,” she said.

After his companion’s death, Wang lost interest in food and shunned swimming, his favorite pastime.

Shortly after, Wang lost interest in food and shunned swimming, his favorite pastime with GeeBee. 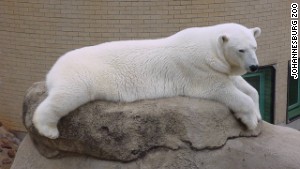 GeeBee, who died suddenly in January, lived at the Johannesburg Zoo for 28 years.

“He generally looked very unhappy. He was avoiding swimming, which is what he likes to do when it’s hot,” she said. “He hasn’t got over the water issues; we’ve hardly seen him swim lately.”

Humans have a responsibility to show the animal kingdom that we are truly the most intelligent not only intellectually but emotionally as well. Judging by some of the pictures and videos above, we have a long way to go.

Author Jesse Herman is the lead creator and founder at PowerfulPrimates.com. 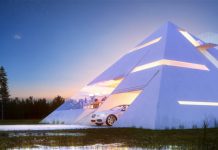 Would You Live In A Pyramid?