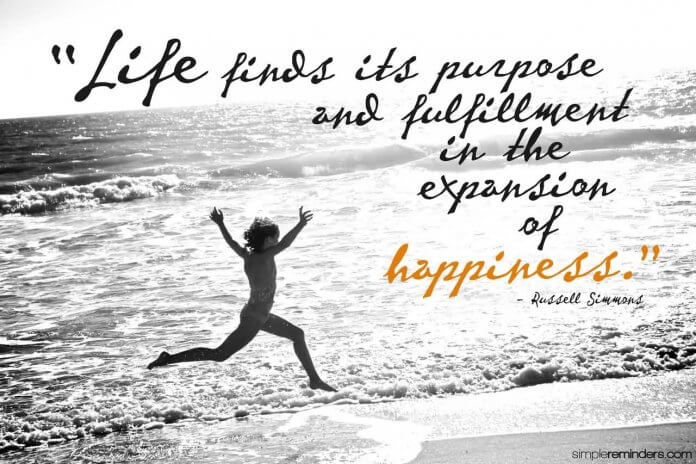 You might have seen this  study mentioned in the New York Times. It is an excellent study with excellent data that makes you reconsider not working out. If you think you don’t have time, you’ll make time after you read it.

Exercise has a deep and profound effect over us, over our happiness and well-being. I think exercise is more powerful than anti-depressants because exercise itself has been proven that it overcomes depression.

In a book called “The Happiness Advantage,” three groups of patients took part in an experiment to treat their depressing with either meditation, exercise or a combination of those two.

All three groups experienced similar improvements in their happiness levels, but the follow-up assessments proved to be very different.

“The groups were then tested six months later to assess their relapse rate. Of those who had taken the medication alone, 38 percent had slipped back into depression.

Those in the combination group were doing only slightly better, with a 31 percent relapse rate. The biggest shock, though, came from the exercise group: Their relapse rate was only 9 percent!”

Another study in the journal of Health Psychology discovered that people who exercised felt better and happier even without any physical changes to their bodies.

“Bodyweight, shape and body image were assessed in 16 males and 18 females before and after both 6 × 40 mins exercise and 6 × 40 mins reading. Over both conditions, body weight and shape did not change. Various aspects of body image, however, improved after exercise compared to before.”

Sleep makes our body recover; it also helps our brain to rest even if it’s active when we sleep. It also helps us focus better and be more productive.

As it also turns out, sleep has a very important role for our happiness – study here

In NutureShock, Ashley and Po Bronson explain how sleep affects our positivity overall:

The result is that sleep-deprived people fail to recall pleasant memories, yet recall gloomy memories just fine.
In one experiment by Walker, sleep-deprived college students tried to memorize a list of words. They could remember 81% of the words with a negative connotation, like “cancer.”

But they could remember only 31% of the words with a positive or neutral connotation, like “sunshine” or “basket.”

Another Study proves that sleep affects our sensitivity to negative emotions, it highlights them more than the positive once.

Researches studied how sensitive participants were using facial recognition. Those in the study who worked the afternoon without taking a rest or a nap became more sensitive to negative emotions such as fear or anger.

“Using a face recognition task, here we demonstrate an amplified reactivity to anger and fear emotions across the day, without sleep.

However, an intervening nap blocked and even reversed this negative emotional reactivity to anger and fear while conversely enhancing ratings of positive (happy) expressions.”

One More Study tested how employees’ moods in the morning affected their work during the day.

“Researchers found that employees’ moods when they clocked in tended to affect how they felt the rest of the day. Early mood was linked to their perceptions of customers and to how they reacted to customers’ moods.
And most importantly to managers, employee mood had a clear impact on performance, including both how much work employees did and how well they did it.”

Your time is worth a lot more than a bigger house you are living in right now. Commuting a long distance has a huge and powerful impact over your life as it accumulates over time

The fact that we commute twice a day every day 5 days a week will build up over time and it makes us less and less happy.

According to this article “ The Art of Manliness “ having a long commute we fail to realize what impact it has over our lives and how is affecting us dramatically.

“… while many voluntary conditions don’t affect our happiness in the long term because we acclimate to them, people never get accustomed to their daily slog to work because sometimes the traffic is awful and sometimes it’s not. Or as Harvard psychologist Daniel Gilbert put it, “Driving in traffic is a different kind of hell every day.”

“Two Swiss economists who studied the effect of commuting on happiness found that such factors could not make up for the misery created by a long commute.”

If you remember our article on “ Top 5 regrets of the dying “ not staying in touch with your friends and family was one of them.

Searching on we have found more evidence that indeed this is true, and that research proves that this can make you happier right now.

Of course, we are talking about good friends and good family members, not the toxic people in your life, stay in touch with the good people. Article

We love the way Daniel Gilbert explains it:

The Director of a 72-year old study of the lives of 268 men – George Vaillant had this to say.

“In an interview in March 2008, Vaillant was asked, “What have you learned from the Grant Study men?”

Vaillant’s response: “That the only thing that really matters in life are your relationships to other people.”

“The men’s relationships at age 47, he found, predicted late-life adjustment better than any other variable, except defenses.

Good sibling relationships seem especially powerful: 93 percent of the men who were thriving at age 65 had been close to a brother or sister when younger.”

“Using the British Household Panel Survey, I find that an increase in the level of social involvement is worth up to an extra £85,000 a year in terms of life satisfaction. Actual changes in income, on the other hand, buy very little happiness.”

The Longevity Project also found that relationships and how we help others were important factors in longer life and happiness overall.

“We figured that if a Terman participant sincerely felt that he or she had friends and relatives to count on when having a hard time then that person would be healthier.

Those who felt very loved and cared for, we predicted, would live the longest. Surprise: our prediction was wrong… Beyond social network size, the clearest benefit of social relationships came from helping others.

Those who helped their friends and neighbors, advising and caring for others, tended to live to old age.”