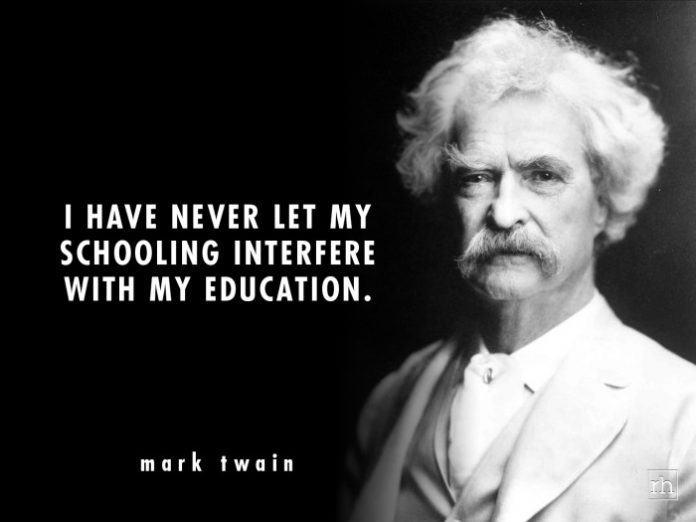 As someone who is currently in university as a philosophy student, I can honestly say I love what I am doing in school.  The class discussions are intimate and insightful, the professors are wise beyond comprehension, and the opportunity for creativity abundant. However, I am in close relation with many who are in school for something other than the arts.  For things such as science, engineering, business, or politics, and I can see the incredibly exhausting tole their studies take on them.  As a student, my question is, what are we really gaining from our schooling?

The amount of memorization and regurgitation that is required for success is beyond that which an average brain can handle, and the information so voluminous that only those who have superior memorization skills are able to flourish.  Only this skill is cultivated, and students are only graded exclusively on this one type of intelligence.

“Everyone is a genius, but if you judge a fish by its ability to climb a tree, it will live its whole life believing it’s stupid” – Albert Einstein.  The success of students is measured by their ability to repeat what they have been told on to a piece of paper, but is education supposed to be about filling ones head with facts and terms than can be looked up on Google at any given time?

Education has become confused with fact-gathering, and students are treating their education as a chore, checking off each task until the receive a crappy piece of paper at the end that is supposed to represent how educated they are. Of course, if you are in school to become a doctor, you better know the names and functions of the bodies components.  But it is sad that so many people leave post-secondary lacking the abilities they need to succeed in life and in the workforce. Creativity, retrospection, problem solving, rational and abstract thinking, writing, the application of knowledge, and the organization of ideas are all crucial skills that are neglected too often by school.

Some people have university degrees, but struggle when it comes to creating an opinion on any given topic.  Is education about the repeating of facts, or the training of the mind to think? It is not the fault of the students, but the fault of the current paradigm of success that has been impressed into the minds of children since kindergarden.  We go through the educational system on a conveyor belt, gain all of the qualifications we need to be an effective gear in the capitalist machine, and then spend a life living an alarm clock lifestyle working as a slave to our boss.

We are told formal education is necessary for success, and then are told what success is.  Maybe after I acquire that piece of paper, I’ll get a job that will get be a big house, a fast car, and a hot wife.  We are told education = regurgitation, and success = material gain.  And furthermore, we are told that education is necessary for success in terms of material gain.  This is of course all part of a capitalist agenda to turn the population into consumers and producers.

We gaze upon the pioneers of technology and science, praising and admiring them if they are somehow superhuman.  They aren’t superhuman, they just found their passion and focused their energy on manifesting their dreams.  They had intelligence that wasn’t diluted to the narrow pursuit of creating a databank of conventional knowledge in their minds.  Steve Jobs, Oprah Winfrey, Bill Gates, Mark Zukerberg, Richard Branson, Mark Twain, Henry Ford, and William Shakespeare, all did not receive formal post-secondary education.  In fact, Albert Einstein won the Nobel Prize as a former high-school dropout. Yet how could we possibly say these people were not educated?

Albert Einstein once said “One should guard against preaching to young people success in the customary form as the main aim in life. The most important motive for work in school and in life is pleasure in work, pleasure in its result, and the knowledge of the value of the result to the community.”

There is more than one way to be educated, and more than one way to be successful.  I love education, but it is disheartening to show up to a final exam and see 150 multiple choice questions, as if becoming an encyclopedia of dry facts is what it means to be educated. ‘Education is what remains when one has forgotten everything they have learned in school’.  There is nothing wrong with treating school as a means to a financial end, and of course the current education system has tons it can offer its students, but let us not allow our schooling to interfere with our education.

Why I hate school, but love education:

“Never regard study as a duty, but as the enviable opportunity to learn to know the liberating influence of beauty in the realm of the spirit for your own personal joy and to the profit of the community to which your later work belongs.” – Albert Einstein 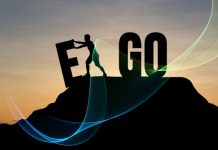