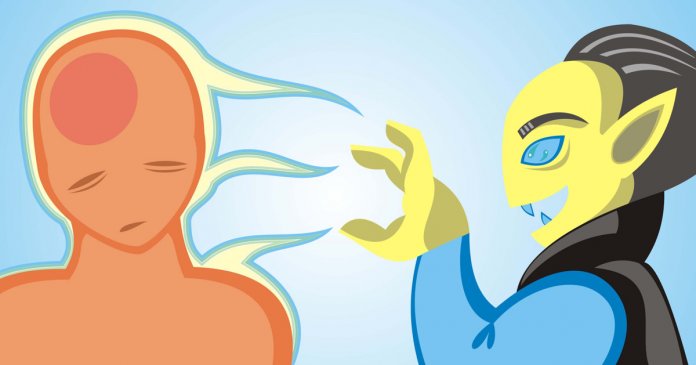 According to research, people you associate with determinate 95% of your success or failure in life. This is a simple fact of life that some people hold us back while others propel us forward.

Truth be told, you can’t expect to hang out with negative people and have a positive life, even if you do all the right things you need to do, but the people around you hold you to a lower standard chance are that you’re more than likely to fail.

So who are these types of people and how do we ignore them?

We all have or either had friends who were drama queens, not necessarily bad people, even some charismatic and compelling but very dramatic, self-drowning in their own Melo-drama.

They need you to urgently solve a problem they have, and because you like them, you do. But there’s another problem that needs solving, and another one, and another.

Until you realize that those people feed on other people to solve their own problems, they also want your attention and to be in the center of the universe. They use their problems to control you, once you are hooked your Life becomes hijacked by their daily drama.

These people are masters of manipulation even though they don’t pose as such, they seem weak and helpless, they often you the same pattern for example:

“That you are the only one who can solve their problem”? This is an ambush to appeal to your sympathy and ego.

The moment you can’t satisfy them or you aren’t available, you will find yourself called selfish and you will soon find out that someone else can fix their problems.

Drama queens violate the primary rule of friendship which is Balance between giving and taking. Drama queens only take without giving back, and so they crave attention, admiration and they lack in sympathy and respect. Run as far away from them as possible.

2. The person who is never pleased, and you failed to pleased 100 times before.

Again, such as drama queens we’ve all met a person whose intimidation or demanding, and we nervously trying to keep them happy but no matter what we do it isn’t enough.

At first you think that if you try to give your best and please them, they will see you as a likable person and easy-going. You want them to see you as a YES person, never saying NO. But this pattern of behavior is very dangerous and damaging for yourself.

When you realize they are never pleased you will start feeling very lost, confused and pretty unlikeable and also you aren’t living on your own terms as you let other people boss and dictate you around.

You being nice with such people will only create a cycle of more rude, selfish and unforgiving people around you to dictate you around, instead of appreciating you.

What we need to realize about these people is that they are never going to appreciate your efforts but instead will always find an opportunity to criticize you.

You need to stop pleasing such a person and deal with them by changing your attitude towards them.

Ask yourself why do you need or want to please?

Some people might fear rejections, other fear that they won’t be liked, or just because you want to avoid internal bad feelings?

Next time you are asked something you will automatically jump to say YES. Stop it. Stop and think about what you’ve been asked, think consciously. This will take work and practice but it will change your life.

Learn how to say NO.

Do you say yes when in fact you mean NO? Saying No takes practice, you will feel a rush for the first time you say it, but it will come naturally after a while.

Let people know when you can’t do what they want. There’s no need to make excuses, just simple. No.

One important group of people you need to IGNORE is the Naysayers, the people who always crap on your dreams.

Who did you think of when you first read that a Naysayer is a person who laughs at your dreams? That’s the person you need to get away from.

Stop sharing your plans for the future with them. They are sabotaging and discouraging you from telling you it is not possible to achieve what you wish.

Those people are stopping you from achieving your highest potential. If you know anyone like this you need to start ignoring them because if you give in and let their negativity convince you of you are, their madness will wither you away from your dreams.

These vampires will steal your life from you if you let them. You will lose track of where their opinion ends and your reality begins.

Arguing with them is useless, it’s a waste of energy, you are better off just agreeing with them in the moment and run away as fast as possible, it is somewhere you don’t want to be so why stay?

If these people are constantly bringing you down and you see that they continue to do so on a daily basis, eliminate them from your life.

If you must find a new job, do it, it’s well worth it. Stop going to family gatherings if they are in your family.

No one should have to suffer through the misery of other people inflicting negativity for its own sake.