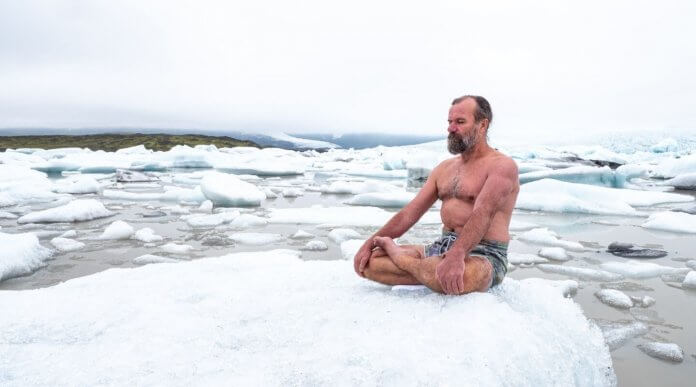 You might never hear of this method before, but it is possible to consciously control your body, your immune system, and inflammation to bacteria, even exposure to extreme cold.

Dutch World Record holder Wim Hof who’s famous for his ability to resist cold. He was commonly nicknamed “The Iceman” for his incredible invulnerability to cold.

Scientists from Radboud University, in the Netherlands, studied his method, which is a bit similar to the Tibetan Tummo technique.

To prove his method Wim Hof started training 12 volunteers, to show that anyone, anywhere can do it.The framework of the study included 24 volunteers, 12 of which trained by the “Ice man” and 12 who did not undergo any training.

Wim Hof’s breath technique also helps fight inflammation, so this study focused exclusively on inflammation-fighting. The subject was subjected to the inflammation test, during this time they were injected with a strain of bacteria that provokes flu-like symptoms.

“Hitherto, both the autonomic nervous system and the innate immune system were regarded as systems that cannot be voluntarily influenced.

The present study demonstrates that, through practicing techniques learned in a short-term training program, the sympathetic nervous system and immune system can indeed be voluntarily influenced,” writes the scientific journal PNAS, where the study was published.  source

“Orthodox neurobiologists and orthodox immunologists have been skeptical. They think the study of the interactions between the nervous and immune systems is a ‘field in the shadows.

This study is a nice way to show that link,” said Guiseppe Matarese

Even Though it cannot be shown scientifically that the mind can control the immune system, Australian scientists came to the conclusion that consciousness is able to influence the intensity of the allergic reactions.

As part of another experiment, healthy volunteers were injected with histamine in their arms. Histamine is a substance that plays a role in allergic reactions

The experiment made the participants believe that the injection will be fake (injected in a robber doll) while they made real injections in their other arm.

“As a result, the researchers found that the volunteers who thought that the injection had been given to the doll manifested a much stronger effect of histamine on the arm that had been replaced by the fake one.”

These findings strengthen the argument that the brain exerts some kind of control over specific body parts according to how strongly we own them”. – Prof Lorimer Moseley – Study leader

Both studies show that our thoughts, moods, and beliefs can affect the physical state of our bodies. It also shows that the immune system can be influenced by consciousness in many ways.

Knowing this, but even without knowing it Hof showed it was possible that you can learn how to control your thinking, breath and thus your immune system, resistance to cold and your health. 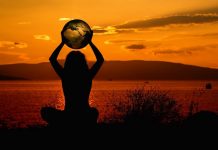 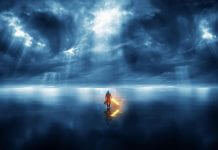