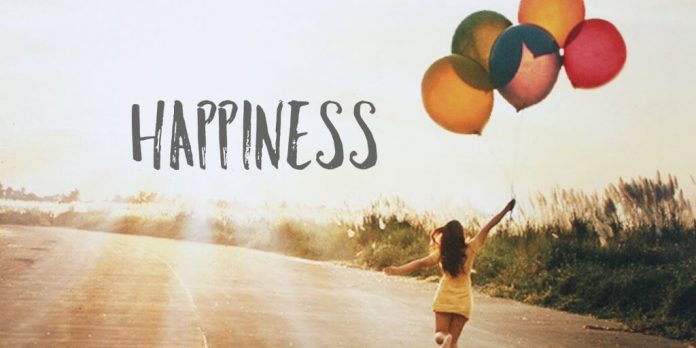 I love to be happy, and I can’t think of anyone who doesn’t want to be happy or wouldn’t like to be.

So, I’ve been looking, how can we be really happy? What makes us feel that peaceful emotion that makes us happy?

I have found 5 things that would make not only a better person overall, but those things will also make you happy forever if you keep to them.

Here are the 5 things, also scientifically proven to be so:

Go Outside – happiness is maximized at 13.9°C

In The Happiness Advantage, it’s recommended to spend time in the fresh air to improve your happiness.

“Making time to go outside on a nice day also delivers a huge advantage; one study found that spending 20 minutes outside in good weather not only boosted positive mood but broadened thinking and improved working memory…”

20 minutes outside to boost our self to be happy? 20 minutes isn’t a huge lot of time and personally I’ve been looking for new hobby’s putting aside technology and everything else.

“Being outdoors, near the sea, on a warm, sunny weekend afternoon is the perfect spot for most. In fact, participants were found to be substantially happier outdoors in all-natural environments than they were in urban environments.”

In order to enrich and improve our own lives, there was research done that we need to help others in order to help ourselves.

I’ve never understood this counter intuitive piece of advice, help others to help myself? One might ask why not help myself directly? Well, it doesn’t work like that and the Research shows it.

If we go back to  Shawn Achor’s book he has to say this about helping others:

“…when researchers interviewed more than 150 people about their recent purchases, they found that money spent on activities–such as concerts and group dinners out–brought far more pleasure than material purchases like shoes, televisions, or expensive watches.

A Study of volunteering in Germany showed how volunteers were affected when the opportunity to help others was taken away from them.

“Shortly after the fall of the Berlin Wall but before the German reunion, the first wave of data of the GSOEP was collected in East Germany.

Volunteering was still widespread. Due to the shock of the reunion, a large portion of the infrastructure of volunteering (e.g. sports clubs associated with firms) collapsed and people randomly lost their opportunities for volunteering.

Based on a comparison of the change in subjective well-being of these people and of people from the control group who had no change in their volunteer status, the hypothesis is supported that volunteering is rewarding in terms of higher life satisfaction.”

Practice Smiling – it can alleviate pain.

Not talking about the fake smiles shown online and on TV, but real smiling can help you boost your positive thoughts and feel better according to this Study

“A new study led by a Michigan State University business scholar suggests customer-service workers who fake smile throughout the day worsen their mood and withdraw from work, affecting productivity.

But workers who smile as a result of cultivating positive thoughts – such as a tropical vacation or a child’s recital – improve their mood and withdraw less.”

Of course, you can practice “real smiles” and they are very different and easy to tell from the fake ones. It’s very easy but very few people know it, the secret is too look at the eye sockets.

According to PsyBlog, smiling also improves attention and makes us perform better on cognitive tasks:

“Smiling makes us feel good which also increases our attentional flexibility and our ability to think holistically.

When this idea was tested by Johnson et al. (2010), the results showed that participants who smiled performed better on attention tasks which required seeing the whole forest rather than just the trees.

Smiling is one way to reduce the distress caused by an upsetting situation. Psychologists call this the facial feedback hypothesis.

Even forcing a smile when we don’t feel like it is enough to lift our mood slightly (this is one example of embodied cognition).”

Meditate – Rewire Your Brain to be Happy

“In one study, a research team from Massachusetts General Hospital looked at the brain scans of 16 people before and after they participated in an eight-week course in mindfulness meditation.

The study, published in the January issue of Psychiatry Research: Neuroimaging, concluded that after completing the course, parts of the participants’ brains associated with compassion and self-awareness grew, and parts associated with stress shrank.”

Shawn Achor has the same opinion as us that meditation improves your life long-term and it also plays a role in your happiness, short-term and long-term.

“Studies show that in the minutes right after meditating, we experience feelings of calm and contentment, as well as heightened awareness and empathy. And, research even shows that regular meditation can permanently rewire the brain to raise levels of happiness.”

It is amazing that we can actually alter our brain structure through meditation, it is mind-blowing and reassuring.

This is a simple strategy you need to get ahold of, it makes a huge difference in your life when you start practicing gratitude.

Practice it for everything you have, friends, family, your pets, yourself for being alive.

In an experiment where participants started taking notes of what they were grateful for each day, their moods started to change in better just from this simple practice. Study

“The gratitude-outlook groups exhibited heightened well-being across several, though not all, of the outcome measures across the 3 studies, relative to the comparison groups.

The effect on positive affect appeared to be the most robust finding. Results suggest that a conscious focus on blessings may have emotional and interpersonal benefits.

Participants included 219 men and women who wrote three letters of gratitude over a 3 week period.

Those were the 5 things you need to start doing in order for your life to take a turn for the better, to feel better and raise your happiness levels to maximum potential.

Let’s Sum Them Up:

3. Practice Smiling –it can alleviate pain.

4. Meditate – Rewire Your Brain to be Happy